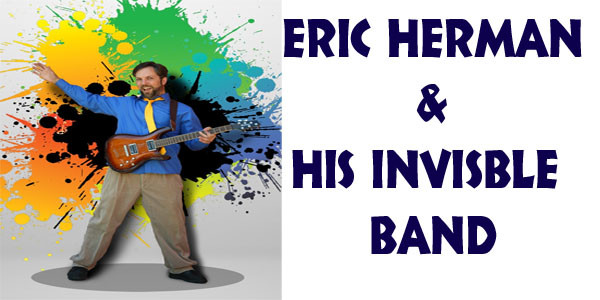 Eric Herman’s songs are at once ingeniously witty, indelibly memorable and incredibly fun, and his live shows and school assemblies are bursting with comedy, creativity and audience participation.  Eric’s music videos have become hugely popular online, with over 40 million views on YouTube, and his songs and videos have been heard nationally on PBS Kids, XM Radio, Fox & Friends, The Today Show and in the Warner Bros. film, Life as We Know It.  Whether you are five or fifty-five, Eric Herman will have you smiling from ear to ear, dancing from limb to limb and laughing from nose to foot! For more about Eric, visit www.EricHermanMusic.com

Registration is required to attend this event.